WHY IS 3D NIPPLE AREOLA TATTOOING IMPORTANT AFTER BREAST SURGERY?

The areola is part of the human breast.  It is a circular area of skin around the nipple that is often darker and thicker than the surrounding skin.  The areola plays a key role in the aesthetic look of a breast.  Since a woman’s self-image can depend on the appearance of her breasts, a missing areola can be psychologically devastating.  A woman can survive breast cancer after undergoing a mastectomy, and she can regain her figure with breast reconstruction. 3D nipple areola tattooing provides the “finishing touch” after breast surgery.  Patients feel the tattooing process helps them during the last part of their recovery to look complete and feel “whole” again.

One of the most rewarding aspects of being intradermal cosmetic artists is working with breast cancer survivors. Combining experience, artistic ability and proper color selection, we can create the illusion of real nipples/areola’s post mastectomy. Scars look less obvious once the natural color is added back into the skin. Although the most natural appearance is a nipple grafted or created by the plastic surgeon, often the patient chooses against additional surgery. With the addition of highlights and shadows, we can create the illusion of a nipple appearing to protrude. 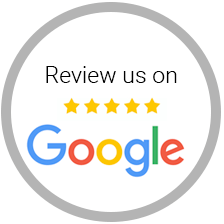 “Two truly AMAZING Women that give back to Breast Cancer Survivors. This sister team have given me back a sense of normal. I don’t see breast cancer scars anymore when I get out of the shower, I see me again! Thank You!”  – Christine H.